The Dark Night of My Soul

The Dark Night of My Soul

This will be my first post in both English and French, so as to reach a broader audience. The French version follows the English one. Thanks for reading, folks!

A few weeks back, I discovered on Facebook a piece of Eckhart Tolle (author of A New Earth) on The Dark Night of the Soul (please see his statement below, at the bottom of my post). I wasn’t familiar with the concept, but was with the experience. From that virtual discovery, things went very fast and far, geographically-speaking as I experienced an amazing synchronicity with a new friend in Sri Lanka (South Asia). I mean amazing because, through our exchange, and my telling him about my experience of that fateful “dark night,” I came to mention a similar, mundane event that took place 8 years apart or so: playing table tennis at a YMCA; first in Colombo, Sri Lanka, in September1982, and then again in Oshkosh, Wisconsin, in November 1990. I was truly floored by this happenstance, so to speak, that had nothing to do with random events—even more interesting is that both events resurfaced in a single point of time so long after their first occurrence.

Some day in November 1990 is when I experienced MY dark night of the soul. I was then studying in graduate school and had only set foot in Wisconsin in January of that year. The wonderful feelings of newness and excitement (a phase generally called “honeymoon”) had gone by and I was left with the routine of going to school—again, after seven years of professional experience. Interestingly, what felt most difficult to overcome then was an absence of meaning—of feeling productive, that is. I had been employed for seven years, three of them spent in French-speaking Africa, and I had grown tremendously through heart to heart exchanges, especially in the Congo. Wisconsin autumn felt cold and a bit dull in comparison and I harbored the feeling of not contributing anything to society. In addition, graduation wasn’t part of the picture for another two years, and it seemed like eons away.

I don’t remember the exact day when IT happened, although I remember the setting, the name of the classroom, and the instructor. We had a test that morning in a class related to knowledge of industrial psychology and I did very poorly. I felt awful after flunking the test and the feeling remained with me throughout the afternoon. At night, I went to the local YMCA to play table tennis with a few friends. This is when, suddenly, the “floor of my life” collapsed. It felt as if what had been supporting me—my desire to study and complete my studies, to become a bilingual professional—was no longer there; I had nothing to lean on, but darkness, emptiness and meaninglessness; in one word, nothingness. Either the tunnel had no end in sight, or I was looking toward the wrong end of it. My life had gotten devoid of meaning, very much like the way Eckhart Tolle describes it.

As soon as I got home (I was renting a room at an old lady’s house; Dorothy was her name), I called the International Students Advisor. I know it was so serious that I had to seek out help as soon as possible. She and many others—gratitude flows, guys—helped me through this difficult time which lasted for about six to eight months, before I finally resurfaced as a fully functioning human being. Interestingly, I would not say that I found new meaning out of this “dark experience”—I was still intent on finishing my studies and I did, adding another degree in the course of the next three years. Yet, I can’t tell that I found a new direction in life, or that my spiritual life had taken off in a different turn.

Rather, from what I clearly remember, I felt in the ensuing few months that a crevasse had opened up in my life, so that the imprisoned emotions of the young child—especially anger and sadness—could start their way up and out. It took me a long time to take care of that ‘painful crevasse.’ Fifteen years of assiduous Buddhist practice and developmental work helped as I painstakingly transformed the pain and residues from my childhood into a fertile terrain for what would come next, one day, at some point. As in many situations, there is (and there was then, for me) no other way for us than honoring and doing the (inner) work we have to do. As we often say, and the saying goes back to the idea of plowing the soil for future use, “we cannot put the cart before the horse.” [In French, the expression becomes “we cannot put the plow before the oxen,” which dates back to sixteenth century farmers’ practices.] 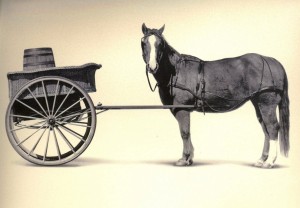 Eckhart Tolle on the ‘Dark Night of the Soul’

Q: Have you ever experienced the dark night of the soul? Your teachings have been so helpful through this difficult period. Can you address this subject?

A: The “dark night of the soul” is a term that goes back a long time. Yes, I have also experienced it. It is a term used to describe what one could call a collapse of a perceived meaning in life…an eruption into your life of a deep sense of meaninglessness. The inner state in some cases is very close to what is conventionally called depression. Nothing makes sense anymore, there’s no purpose to anything. Sometimes it’s triggered by some external event, some disaster perhaps, on an external level. The death of someone close to you could trigger it, especially premature death, for example if your child dies. Or you had built up your life, and given it meaning – and the meaning that you had given your life, your activities, your achievements, where you are going, what is considered important, and the meaning that you had given your life for some reason collapses.

It can happen if something happens that you can’t explain away anymore, some disaster which seems to invalidate the meaning that your life had before. Really what has collapsed then is the whole conceptual framework for your life, the meaning that your mind had given it. So that results in a dark place. But people have gone into that, and then there is the possibility that you emerge out of that into a transformed state of consciousness. Life has meaning again, but it’s no longer a conceptual meaning that you can necessarily explain. Quite often it’s from there that people awaken out of their conceptual sense of reality, which has collapsed.

They awaken into something deeper, which is no longer based on concepts in your mind. A deeper sense of purpose or connectedness with a greater life that is not dependent on explanations or anything conceptual any longer. It’s a kind of re-birth. The dark night of the soul is a kind of death that you die. What dies is the egoic sense of self. Of course, death is always painful, but nothing real has actually died there – only an illusory identity. Now it is probably the case that some people who’ve gone through this transformation realized that they had to go through that, in order to bring about a spiritual awakening. Often it is part of the awakening process, the death of the old self and the birth of the true self.
The first lesson in A Course in Miracles says “Nothing I see in this room means anything”, and you’re supposed to look around the room at whatever you happen to be looking at, and you say “this doesn’t mean anything”, “that doesn’t mean anything”. What is the purpose of a lesson like that? It’s a little bit like re-creating what can happen during the dark night of the soul. It’s the collapse of a mind-made meaning, conceptual meaning, of life… believing that you understand “what it’s all about”. With A Course in Miracles, it’s a voluntary relinquishment of the human mind-made meaning that is projected, and you go voluntary into saying “I don’t know what this means”, “this doesn’t mean anything”. You wipe the board clean. In the dark night of the soul it collapses.

You are meant to arrive at a place of conceptual meaninglessness. Or one could say a state of ignorance – where things lose the meaning that you had given them, which was all conditioned and cultural and so on. Then you can look upon the world without imposing a mind-made framework of meaning. It looks of course as if you no longer understand anything. That’s why it’s so scary when it happens to you, instead of you actually consciously embracing it. It can bring about the dark night of the soul – to go around the Universe without any longer interpreting it compulsively, as an innocent presence. You look upon events, people, and so on with a deep sense of aliveness. Your sense the aliveness through your own sense of aliveness but you are not trying to fit your experience into a conceptual framework anymore. 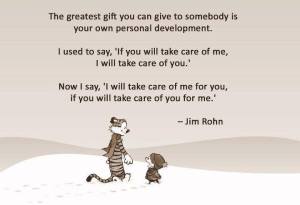 Nurturing the Gift of Seeking is about a spiritual "destination," a journey within, a new beginning, that eventually takes us where we are meant to arrive. Some call it Home, yet I am not sure what Home means, and where it is. Enjoy the journey, dear Ones! On this journey, what matters, first and foremost, is our seeking spirit. And the seed of perseverance--or faith, if you will. Happy journey, dear fellow Sisters and Brothers!
View all posts by new desert →
This entry was posted in My Personal Path and tagged Conceptual, Dark night, French, Life, Meaning, Soul. Bookmark the permalink.

5 Responses to The Dark Night of My Soul