Clearing up to a new adventure

We are often making turns on the path, some of them more consciously than others. This post is not especially about a turn, or a new direction, but rather a sensation—let’s call it a knowing—that came up after observing my mind for a few days.

The situation was ideal. I was visiting several California amusement parks last week with my family, an activity that doesn’t require much consciousness; meaning it opened up space and time for observing and questioning my emotions.

Over the course of four days, in two related parks, I went through a range of mild emotions, both positive and negative. The crowds, still important at this time of the year, and the weather, more rainy than expected, played their role as stimuli. And being drenched on our very first park experience provided the framework for a ‘different adventure.’

On the third day, I remember my feeling mesmerized at the amount of temptations available at this locale: the merchandise, the fun, the artificial way of life that feels almost more real than reality. That’s what providers want us to feel: a dream more real than our own lives, one to which we can always come back … once addicted.

I also remember being appalled at the price of those temptations, big and small. Paying $8.49 for a single slice of pizza didn’t feel quite real and would certainly kick me out of the dream. Why such exorbitant prices, knowing we had to pay a hefty price just to ‘get into the dream?’ Perhaps people lost in the fantasy no longer feel the pain—and the surreal nature—of what they are paying for?

On the fourth day, we were able to get to the second park earlier than I thought. The early morning crowds were thinner and I just thought “the early bird gets the worm” after all. That was all good, that was an emotion that lasted for a while; that is, until a downpour surprised us at lunch time. My New Orleans salad received a blessing from the Heavens.

Visiting a third park two days later, another emotion took me by surprise, the strongest I ever felt in the whole week. Mid-morning came and our son insisted to have a special drink, a ‘butterbeer,’ fortified that he was in his request (or rather, demand) by the magical powers that it offers to the young wizards! The choice, as often in life, was binary: cold or frozen. He chose frozen, which meant a longer time to finish the beverage, and more time to wait till the next attraction. My wife added a comment as to the inappropriate timing of my giving in to our son’s desire; yet, despite her well-taken point, that comment was carved in the past, and my action was of an unchangeable nature. Anger got to my nose, just as strong French mustard does clear sinuses, and I could feel the full power of emotions rising from the depth of my being. That was an utmost experience, an emotional peak, if you will. I managed it fairly well by isolating myself for a minute or two, and our son wasn’t even finished by the time I got ‘back in line.’

I don’t know exactly where our emotions come from—besides the mental up or down affliction they create; yet it seems there is some sort of a mirroring process, or inner resonance, at work. A stimulus, usually from the external world, hits us and something within us vibrates, at a different frequency, depending on the force of the impact. 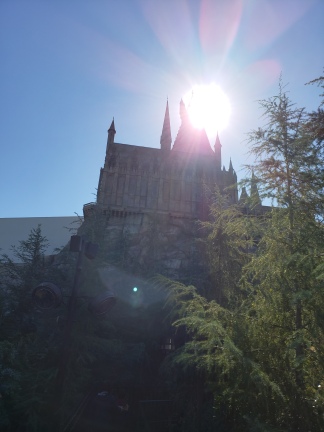 How do we lessen the impact of that stimulus upon our inner drum?

By practicing, as much as possible, what I would call “compassionate detachment.” Not ignoring what has happened, yet letting it go as soon as we feel the impact. Not letting it stick, like fresh snow upon the ground of sensitive territory. A practice that requires some training, and in which I immersed myself over the years; with success when I look back seventeen years, a time when my inner cauldron was often boiling.

The second suggestion would be to proactively call our spiritual guides for help. They are always around and willing to foster our growth—in ways we can’t simply imagine. And mastering our emotions is clearly a sign of spiritual development.

In the middle of this mature forest of emotions, there came a clearing, one of a different nature, and one which I didn’t expect. Was my ‘observational mode’ of any use in this occurrence? I couldn’t tell. Life happens, as we experience it, and life often surprises us.

Right in between those amusement experiences, we happened to watch a movie in our hotel room. A movie that has been around for some time—25 years. Its title is Forrest Gump; a movie narrating the life of a young man from the south of the US, quite successful despite the many challenges and sorrows he faced.

While there are many delightful episodes in this film, the theme that struck me again, perhaps with deeper significance this time (we never watched that movie with our son), is that of Destiny.

Injured in battle, and unable to move, Lieutenant Dan would have perished in the humid jungle of Vietnam, if not for Forrest’s courage to rescue him and bring to safety most of his platoon. Yet, despite having lost both legs, it wasn’t Lieutenant Dan’s destiny to perish under the bombshell that day; rather it was to become the bright captain of a shrimp fishing boat, and to meet a sweet person named Susan. Who would have thought such future possible when Lieutenant Dan, overcome with grief over the loss of his limbs, reprimanded Forrest for having saved his life?

At some point, Forrest started attending church regularly, in the hope that his shrimp business, dedicated to one of his comrades (Bubba) who had died in the field, would take off. He then reflected on the notion of Destiny, attributing It to “the hand of God” and to “floating in the universe at the right time.”

Clearly a bit of both was at work when a violent storm destroyed all shrimp fishing boats, except Jenny, Forrest’s boat. The road was suddenly open; wide open.

This was very much a clearing, and one of an unexpected nature—”hand of God” said Forrest?

I mention this notion of Destiny because I had to explain to our 8-years old son what Destiny is about. What is it that he wants to do with his life, taking it in the direction where it is meant to go? I explained him as best as I could and he was, for once, quiet; very quiet. Is the notion starting to sink in? Will he be looking for signs along his favorite video games? Who knows how those signs will show up, and how soon? They so rarely give us a warning!

Getting back to the title of this post, it seems something has cleared up in my life, although it is a bit early to say. Perhaps what has cleared up is what I call non-clarity, and perhaps some good old clouds have been lifted “by the Grace of God.”

Two signs, small yet significant, make me think in that direction.

On the way back home, I came across a channeled post about Mission and Purpose, not realizing it was two years old. It felt as fresh and as appropriate as it could be, gently reinforcing the clearing that I started to feel.

And two days after watching Forrest Gump, Destiny knocked at our tummies and we ended up having dinner at a restaurant themed after the movie, Bubba Gump. And yes, I had shrimp, a New Orleans shrimp dish, and the brown sauce was delicious. 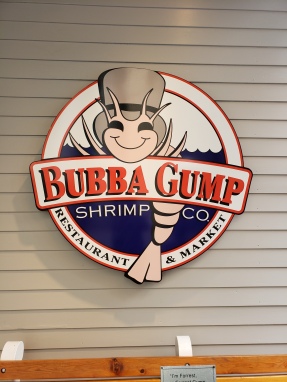 So who knows what will want to manifest, in the form of a clearing or otherwise, when you or we start questioning the spiritual package I would call, Destiny, Mission and Purpose?

And who could tell how different the adventure we call life will be?

Nurturing the Gift of Seeking is about a spiritual "destination," a journey within, a new beginning, that eventually takes us where we are meant to arrive. Some call it Home, yet I am not sure what Home means, and where it is. Enjoy the journey, dear Ones! On this journey, what matters, first and foremost, is our seeking spirit. And the seed of perseverance--or faith, if you will. Happy journey, dear fellow Sisters and Brothers!
View all posts by new desert →
This entry was posted in My Personal Path, Quotes on consciousness and tagged Destiny, life light love, Mission, purpose. Bookmark the permalink.