Here is the theme for our gathering this week. A cryptic theme to start the year!

‘Germinating’ was in my mind recently, and it gently collided with a story from a French children’s magazine.

I’ll explain, and here is the story I read in our son’s “Pomme d’Api.”

Once upon a time, there was a Chinese emperor who was getting old. He had no heirs and thought it would be a good time to find a successor.

He called out to young boys of 10 years of age. One thousand showed up. Among them was Liang, an apprentice baker.

The emperor gathered all the young boys and told them,

“I am getting old, I have no sons and it is time for me to designate the future emperor. I am giving each of you a seed. You have 3 months to grow that seed. After 3 months, please come back to me and I will choose the boy with the most beautiful flower as the next emperor.”

Liang worked very hard to make his seed grow. He gave it every kind of Love he could possibly muster, in and out. To no avail. He resigned himself to report his lack of success to the emperor.

The day came when the emperor summoned the young boys again to look at their flowers. There were 999 beautiful, flowers; every flower more beautiful than the others. It was very difficult to tell which one was the greatest among all.

Liang was the only one with an empty pot, feeling ashamed that he couldn’t grow his flower in the least. He reported all his trials and efforts to the emperor while courageously facing him.

The emperor smiled at him tenderly, and then addressed the audience.

“You all have grown such beautiful flowers; it is very hard for me to tell which one is the most magnificent of all. Yet, the seeds I gave you 3 months ago were bad, because I cooked them.”

And then he turned to the only honest individual in the audience, and offered him,

“Dear Liang, would you like to be the next emperor?”

Till we meet again, dear Ones, in full honesty! ♥ 🙂

Gilles Asselin is inviting you to a scheduled Zoom meeting. 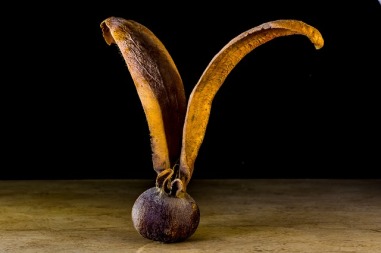 Nurturing the Gift of Seeking is about a spiritual "destination," a journey within, a new beginning, that eventually takes us where we are meant to arrive. Some call it Home, yet I am not sure what Home means. Enjoy the journey, dear Ones! On this journey, what matters, first and foremost, is our seeking spirit. And the seed of perseverance. Happy journey, dear fellow Sisters and Brothers!
View all posts by new desert →
This entry was posted in My Personal Path and tagged Life, Light, Love, Mission. Bookmark the permalink.